It’s December already! I knew it was coming, seen as how last month was November and there has been Christmas stuff in the shops for weeks and weeks and weeks. But now it is finally here.

Shall we ease ourselves into it gently? I mean, I could have gone all out, in your face Christmas with the first post of December, but . . . well, I don’t know about you, but I’m not sure I’m ready for that just yet.

So let’s start here, with mince pies. For those of you unfamiliar with mince pies, they are sweet not savoury (like the name suggests) and are little pastry shells filled with mincemeat (a mixture of spices, sugar, booze, suet, apple and dried fruits such as raisins and sultanas). Aside from Christmas cake and Christmas pudding is there anything more synonymous with this time of year than mince pies? I love them. I can’t wait for December to start so that I can legitimately have a tin full of these in the kitchen somewhere. They are a very gentle introduction to the festive period.

May I say now that I advise that you go and get yourself one of these: 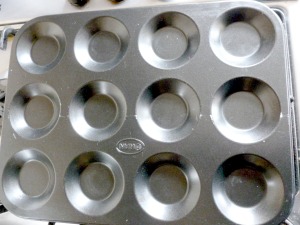 It’s what is rather fashionably called a ‘Mince Pie Tin’ these days, but when I was growing up it was known as a ‘bun tin’ because it was the tin you made buns (aka fairy cakes) in before the cupcake / muffin tray came along. It is shallower than a muffin tray, therefore giving you the perfect mince pie shape. You could make them in a mini muffin tray (they would be bite-sized and adorably cute) but a mince-pie should not be devoured in one mouthful. It should take at least three and there should be the added jeopardy of crumbly pastry and falling blobs of mincemeat and/or squished mincemeat up your nose. That’s the Christmas rule.

* A word of warning – for those of us for whom avoiding gluten is imperative, please please please check the ingredients list on the jar of mincemeat. Some manufacturers roll the suet in wheat flour. It is not difficult to find gluten-free mincemeat and it doesn’t involve a trip to the expensive free-from aisle, but you do have to be careful. I used a bog-standard jar of mincemeat from Sainsbury’s, in which the suet had been rolled in rice flour. So apart from the fact that it contained the Beelzebub of all ingredients – candied peel (bleurgh) – it is safe for is non-gluten-ites. But as I say, check before buying.*

Even the pastry for these pies gets a festive makeover with the addition of some ground cinnamon and clementine zest and juice. We had these tiny little things lurking in the fruit bowl, so I used them but you can use either a normal sized clementine or even an orange. 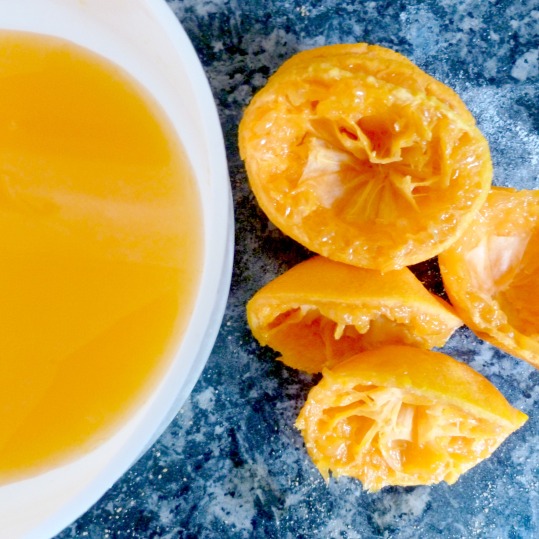 Those are little miniature pastry / cookie cutters in the photo on the left, so you can see how diddy they were. Probably about the size of a key lime.

I find the pastry easiest to work with if used straight away, but if you want to get ahead then you can make the pastry in advance and then store it in the fridge (wrapped in cling-film) until needed. Just allow it to come back to room temperature before you try to roll it or it will crack and break on you and try your patience. 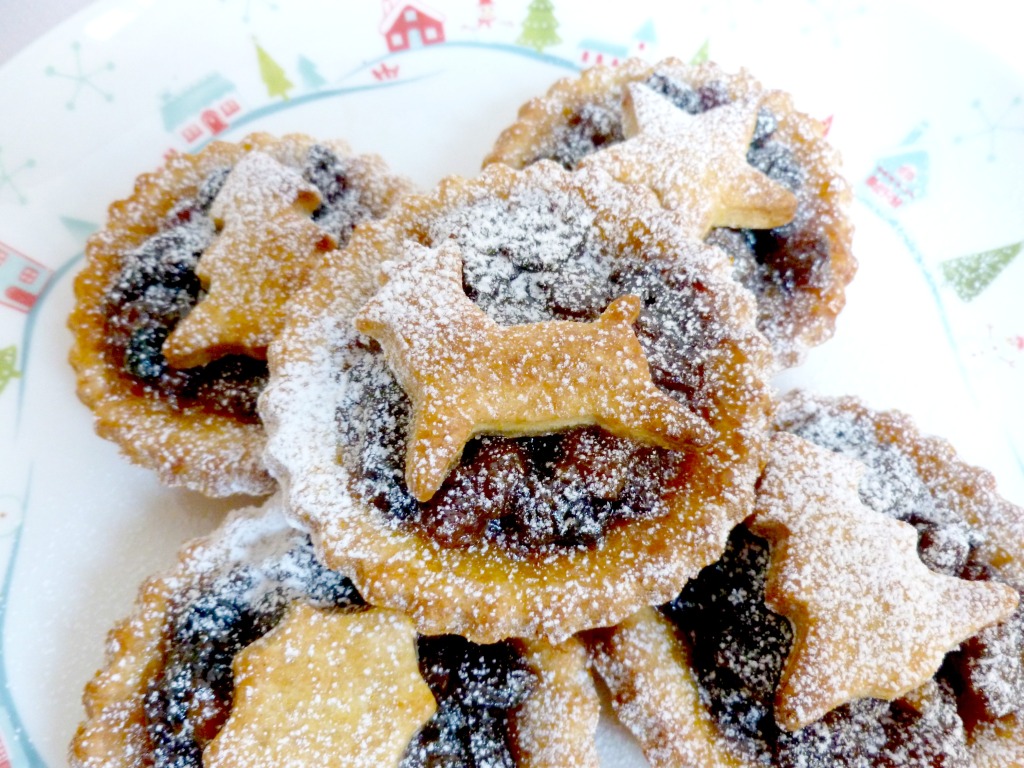 If you like, you could give your mince pies a proper top / lid, but I like to put little festive shapes on top of mine. I even put this on top of one of them:

No, I’m not sure about the validity of putting a pastry turkey on top of a mince pie either, but I saw the cutter in the box and shunned the bell in favour of it. *acting on a whim*

Sneaky peek at what is coming up tomorrow: