I have had great deliberations over what exactly the first recipe of 2014 should be.

I am aware that some of you may have resolved to eat more healthily over the coming months and therefore sticking a large picture of a big ol’ sticky cake in your face will not help your willpower. Or your hips or thighs.

Then there are those of you who may have made such a resolution but who will not be swayed by a picture of a big ol’ sticky cake and will in fact use said picture to spur on your good intentions.

There may be some of you who, after the come-down of all the Christmas excitement, need a picture of a big ol’ sticky cake in order to soothe your frayed nerves.

And finally there will be those of you who simply want to salivate gratuitously over a picture of a big ol’ sticky cake.

Sadly I can not satisfy you all at once.

In you fall into the latter category, then sorry, but you are going to have to wait until later in the month for such a picture as in the end I caved into my conscience and have gone for something healthy. Ish.

Gluten-free granola, as many of you will know, is expensive. I wouldn’t mind paying such a price if I got a decent sized bag. As in a bag that is the same size as ‘normal’ granola. But I don’t. I get one that in comparison is the size of a tea-bag.

I have been considering making my own for a while now. I know that there is the initial outlay for all the ingredients, but you will get a lot of granola for your money so it works out cheaper in the long run. Plus you made it yourself so you know it will be yummy. 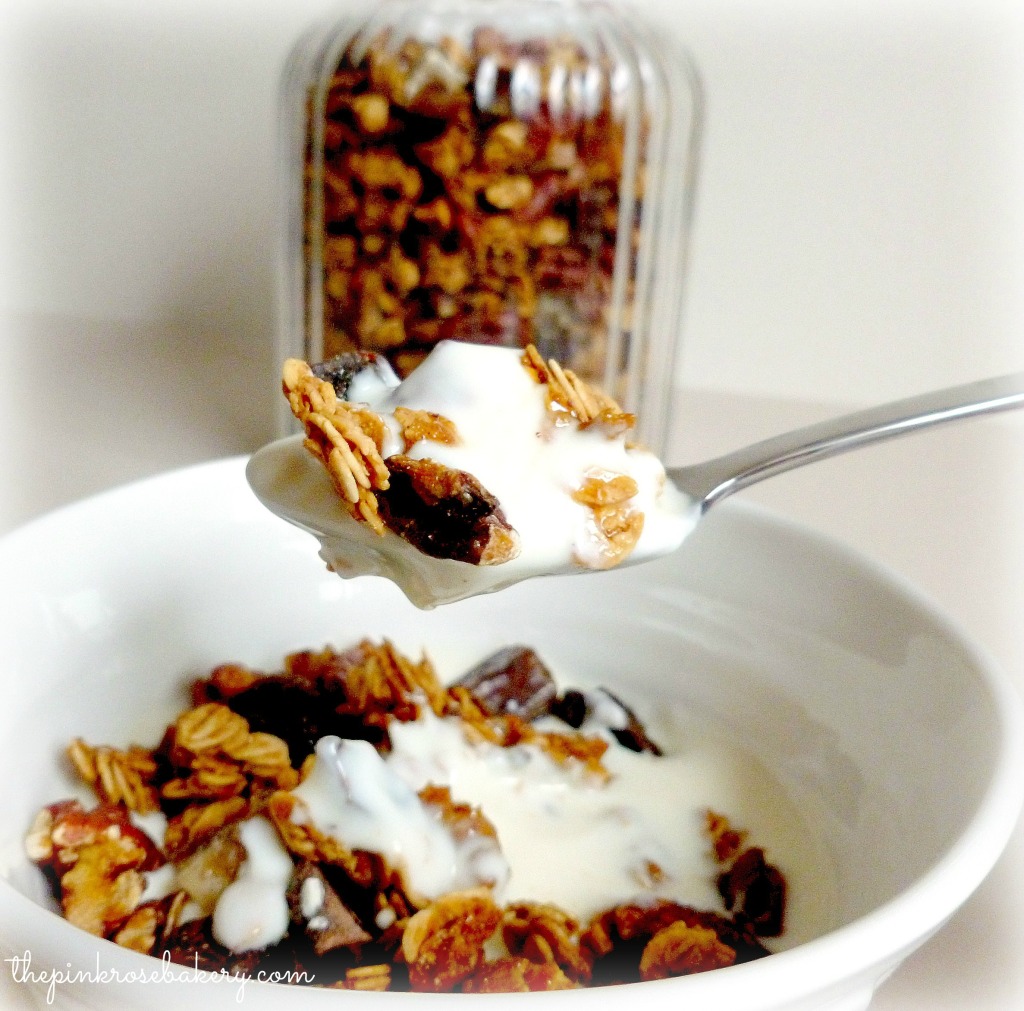 Now, I have to admit that my main granola consumption is in the summer but there are mornings in the colder months where you need something quicker than porridge, easy to assemble, tasty and good for you. Granola and yoghurt fits that description for me. But yoghurt is cold so I would like my granola to contain yummy comforting things – such as pecan nuts, chopped dates, a hint of mixed spice and a cheeky chunk of dark chocolate with orange or two.

If you are not a fan of pecan nuts – I will try not to hold it against you – you could substitute them for walnuts or even use a mixture of the two. If you don’t have any chopped dates in the cupboard, but do have a plethora of whole ones, like I did, then simply remove the stones, chop them and dust with a little oat or rice flour to stop them sticking to each other as well as everything else. If you want to omit the chocolate and throw in some dried cranberries instead, then please do so.

There is one cardinal rule though with regards to granola making – do not add fresh fruit to the mix. You can add it when you serve / are going to eat it but if you put any form of fresh fruit in with the granola and then try to keep it, it will go all soggy and mushy and just plain nasty. However you can add as much or as little dried fruit as you wish.

Now go forth and spread the granola! 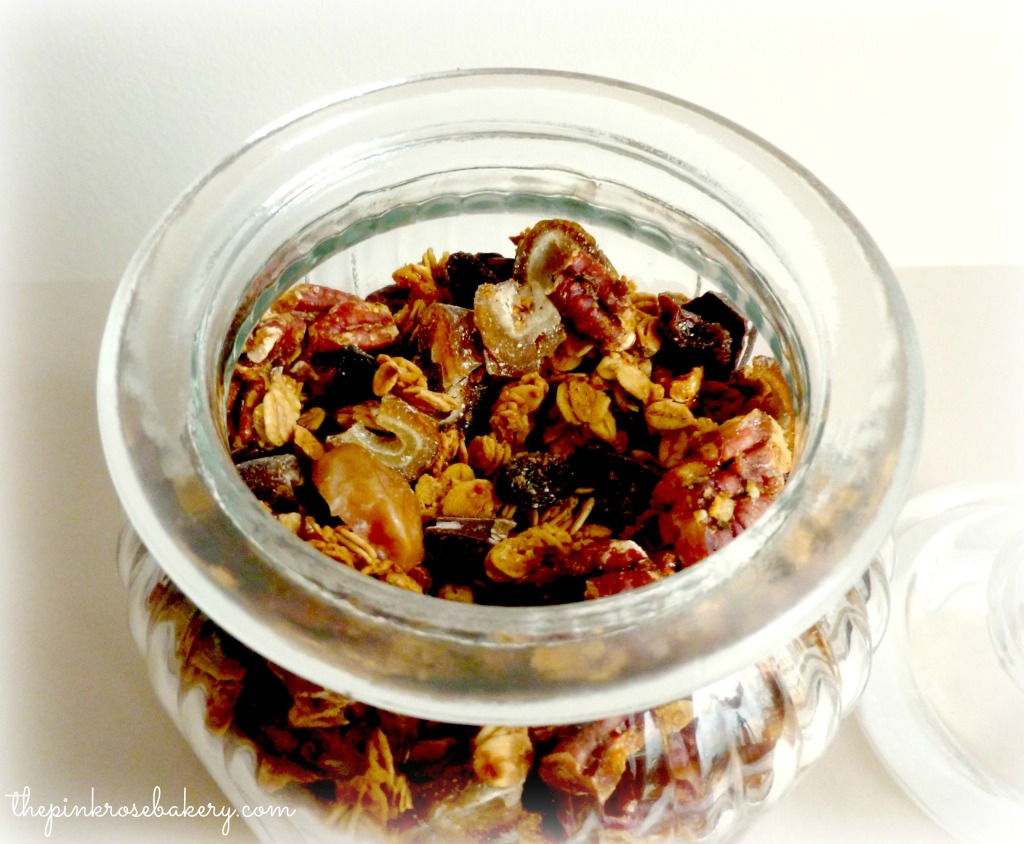 PS – I would like to apologise for the fact that there will be only one post / recipe this week. I had planned another – biscotti – but upon reflection / eating one the day after I made them, I have come to conclusion that they need a little more work before I share them with you. I don’t want to give you substandard biscotti. I hope you understand.

Join 2,572 other followers
Follow The Pink Rose Bakery on WordPress.com