Time for a little update:

1) I only realised 4 days ago that the wallpaper on my phone was still Christmas themed. I have changed it now. To a gingerbread house. It’s wintery, okay? Don’t look at me like that.

2) I have been eating this granola almost everyday, for breakfast or even a snack. I’ve even put it on top of porridge, which I know sounds a little weird – oats on oats and all that – but it works. I surprised myself with how quickly the first batch disappeared. However, I have since discovered that there is a secret granola eating monster in the house. I caught them with their hand in the jar. Literally. I turned my back for a second after putting the latest batch in the jar and WHAM! they were in there. I raised my eyebrows and asked what they were doing. “I noticed you had filled it up again” came the reply with a sheepish grin. Tsk.

3) I still have Christmas songs on my ipod shuffle. I only remember they are on there when I walk to work and it plays one. Typically, before Christmas it refused to play them. Now that it is January it plays one every other song. The other day it played three in a row. And no, I didn’t skip them. Is the rest of my year doomed now because I listened to Christmas songs out of season? Given that I think Home Alone 1 & 2 should be watched all year round, I really hope not. I suppose I could take them off. . . .

4) I think I may be done with sugar for a while. The combination of Christmas and then this birthday cake may have finally done me in. Yesterday was the first evening in probably at least a month that I didn’t reach for chocolate after dinner. So I am on a sugar-free break. Well, maybe a reduced sugar one. For a couple of weeks anyway.

5) Is it possible to take an ‘attractive’ photo of a sausage roll? I have tried my best here. Turns out they are not as photogenic as cake. 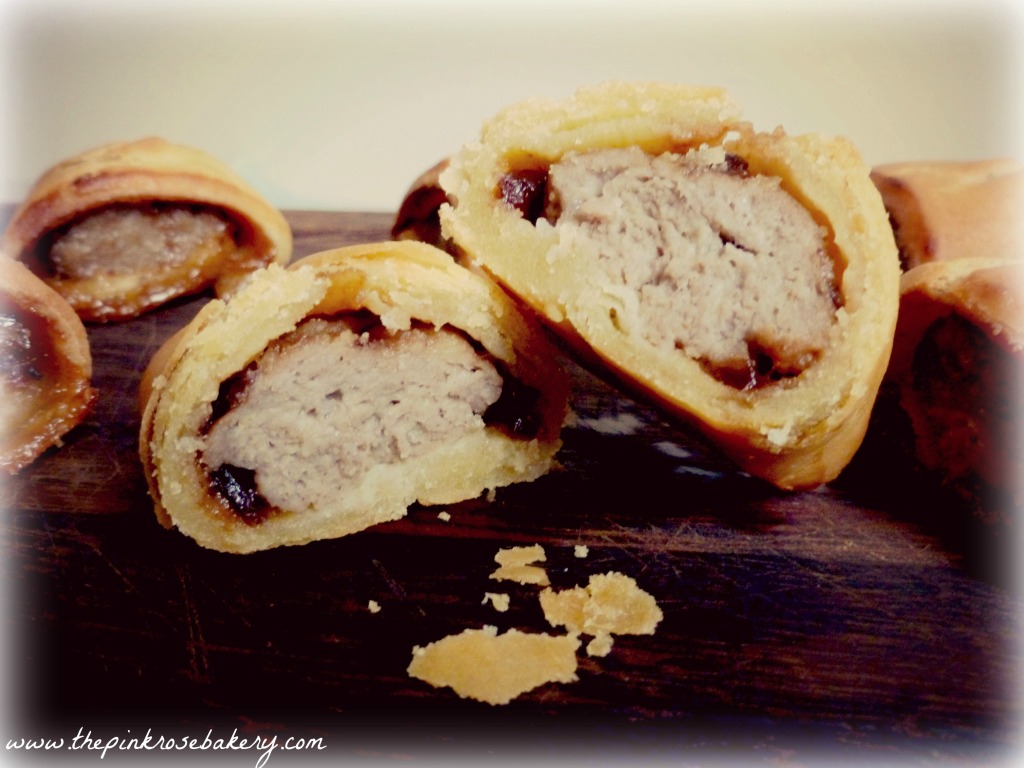 In fact, it really worked. The pastry was flaking, crispy and buttery. And there wasn’t a soggy bottom in sight!

Now I know that making pastry may not be everybody’s idea of fun, especially gluten-free pastry. But in my ever-so-humble opinion, gluten-free pastry is easier that ‘normal’ pastry because you can’t over work it and make it tough. Yes, there are the issues of cracking when trying to roll it and getting it to taste like something other than cardboard, but with regards to the former, if you work the butter in enough then that won’t happen. As for the latter – trial and error with ingredients and flours. But hey, guess what? I’ve done all that for you!

The pastry is the only thing I made from scratch for these. The onion marmalade was bought (this one if you are wondering) and I squeezed the innards out of 4 gluten-free sausages for the middle. I like Marks and Spencers sausages, as they are all gluten-free, but use whichever ones are your favourite. As the sausage meat is already seasoned, all you have to do is squidge it into the right shape. So not that much work, really.

Enjoy them warm or cold. They will keep in the fridge, wrapped in foil, for a couple of days. If they last that long. 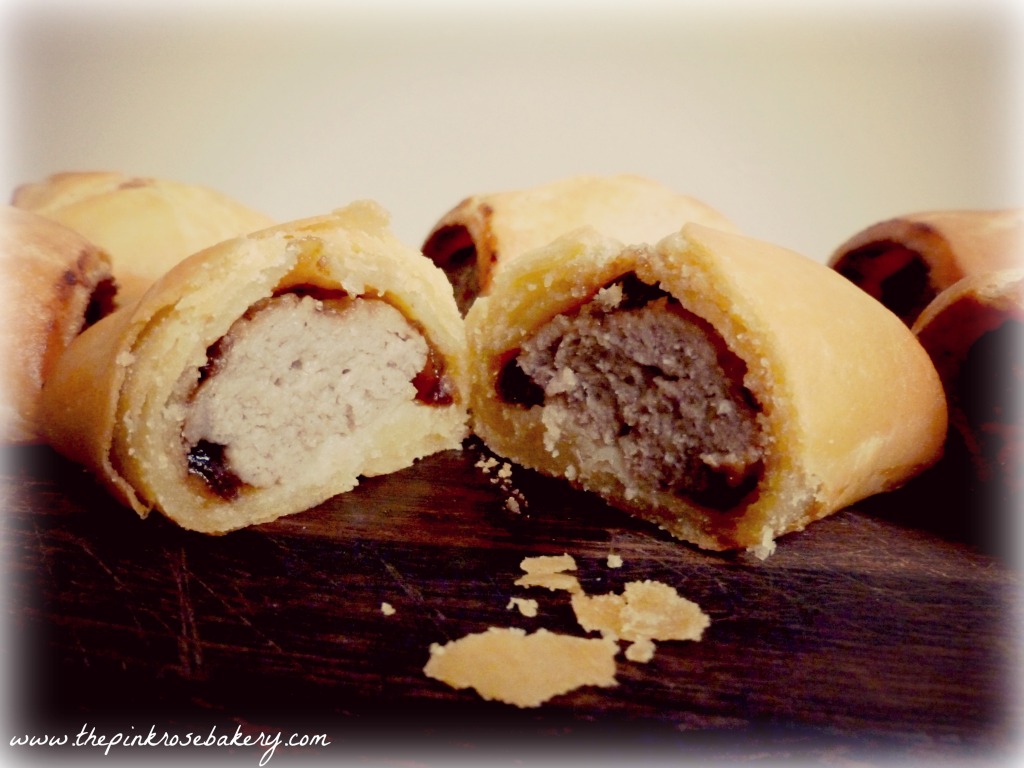