Let’s look at a bright summery salad and pretend that the sun is still shining and that the temperatures are still where they should be for this time of year. 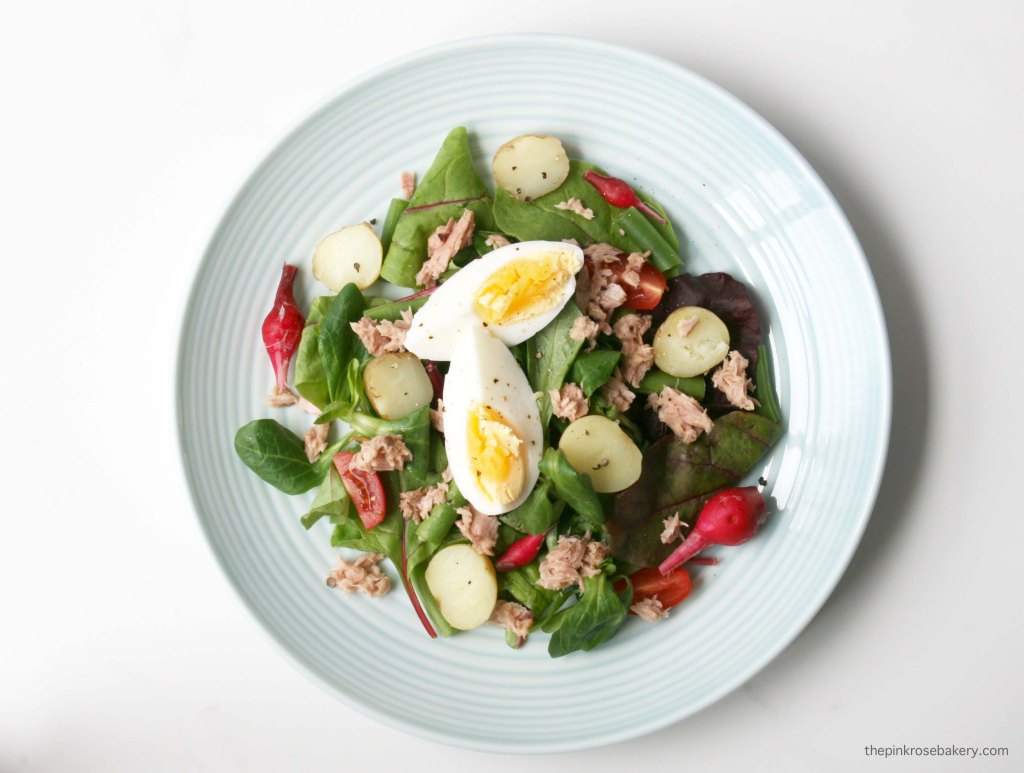 It’s typical isn’t it? Happens every year. The schools break up and the weather takes a nose dive.

I’ve had this salad for lunch for the past couple of days when, to be honest, all I have really wanted was a big bowl of pasta with this sauce.

But that aside, can you really go wrong with a tuna niçoise salad? The ingredients are simple and it is all brought together with French dressing. 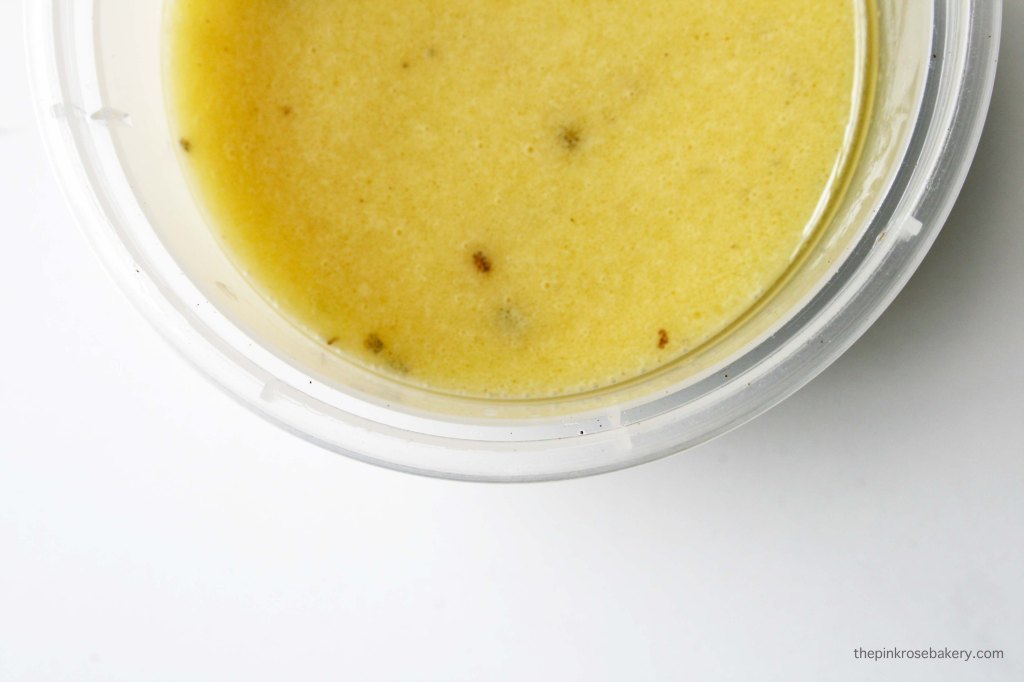 Delicious. Plus, eggs. Any salad that includes an egg is a winner in my eyes. I wonder if it would work with a fried egg . . . no, probably not.

One of the bonuses with this salad is that you can cook the egg and mini potatoes in advance and then it is just an assembly job. Because, yes, I used canned tuna, not going to lie. A big slab of freshly cooked tuna would make this salad amazing, but that is not going to happen on a work day, so, canned it is (just make sure there are no dolphins in there . . . or any other creature that shouldn’t be).

I even added some homegrown radishes, just for a change. They are completely optional.