That is a bit of a mouthful of a title, isn’t it? In truth I could have just called them Doggie Biscuits, but where is the fun in that?! 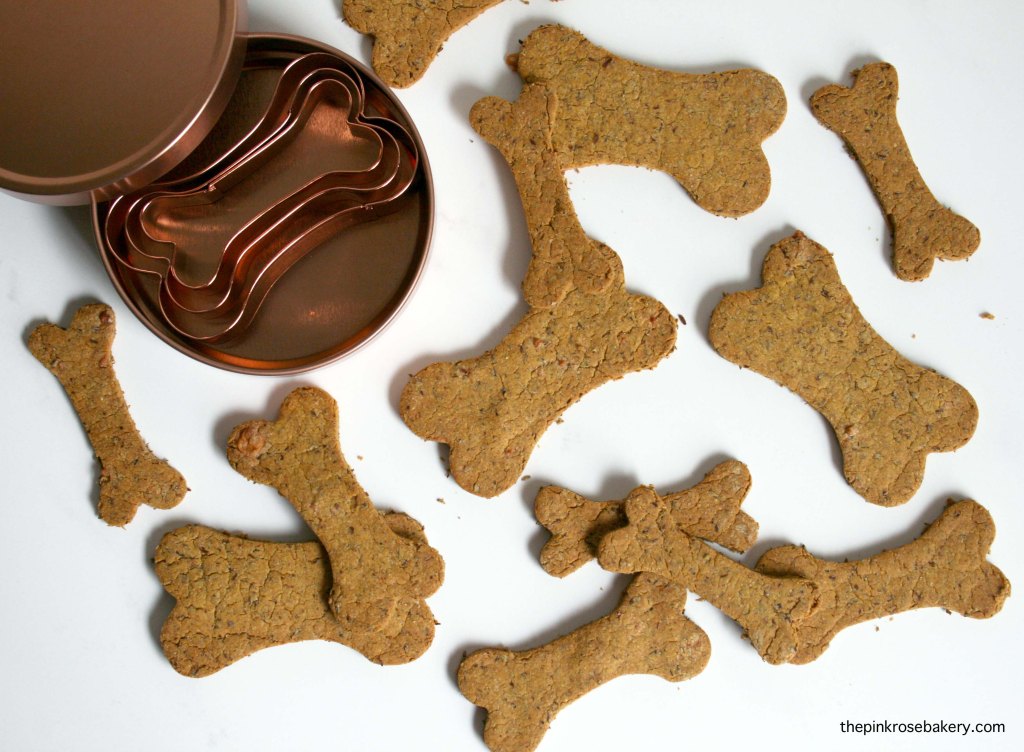 Anyway, as you may have gathered I am doing something a little different today. Something for our four-legged fur babies (of the canine variety).

I have to confess that I made these not completely out of purely self-less reasons (I can’t seem to get this sentence to sound right, I’ve re-written it four times now, but you know what I am trying to say, I wasn’t being completely self-less when I made these. There, managed it. Why didn’t I just say that in the first place??) because to be honest, I have had, loitering in the cupboard, a couple of bags of gluten-free oat flour, purchased back in the days when I thought oats were still an option, until my insides proved me wrong, and I have been wondering what to make with it ever since. I couldn’t bear to throw them away, because they weren’t exactly cheap and I was sure that someone, somewhere, at sometime would be able to make something out of it.

Turns out that someone was me. And the something is dog biscuits.

My sister’s dog recently went onto a grain-free diet (so did my cats, it’s done wonders for them). It makes sense really, because when you think about what dogs (and cats) would naturally eat in the wild, wheat isn’t high up the list. They want meat. Meat, meat, meat, all the meat, especially fish. And I know, neither are oats a priority, but wait, I’m getting there . . . She also aims to keep his diet as gluten-free as possible when it comes to treats (see, it’s beginning to make sense now, isn’t it?) If you look at the ingredients on most standard pet food it is chock-a-block with fillers and bulking agents and things that you make you baulk if you saw them on a food created for human consumption, so why is it acceptable to feed them to our pets, just because they are not ‘people’? Surely they deserve some home-made, delicious and nutritious treats too?

These biscuits are easy to make and the bonus with them being for a dog is that they really aren’t bothered what shape they come in, so once you have cut out as many as you can, pop the scraps on the baking sheet too. They don’t mind, trust me. One whiff of these and they will be gone in a gulp. The list of ingredients isn’t massive and you know exactly what is in them. Everyone is happy. 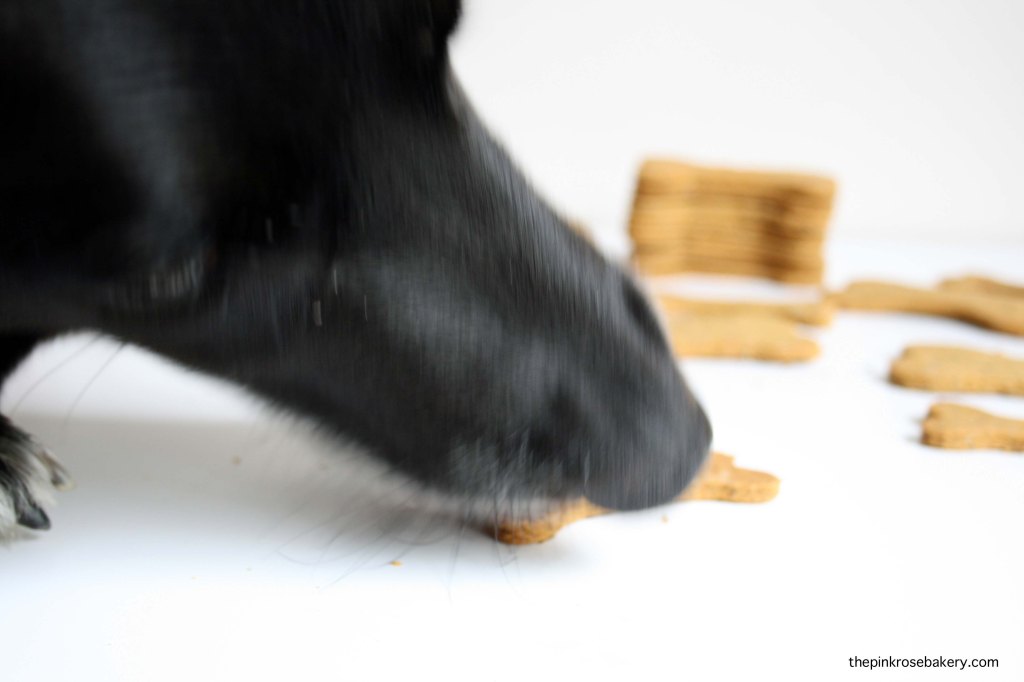 I tried my very best to get an ‘action’ shot of Loki eating a biscuit, but it didn’t quite work. First he was a little confused as to why he has being encouraged to eat something off a (low) table when he knows that he shouldn’t do that, which therefore meant he didn’t reach terribly far to get the biscuit, using his extend-a-tongue instead. And secondly he sucked them into his mouth so quickly they were gone before I could press the button, hence these two rather blurry photos.

Nope, that’s no water on the left of the photo, that is slobber. This was take two hundred and five, he’d eaten so many biscuits by then he and I were about to get into serious trouble . . .