This wasn’t the recipe I had planned for today.

I was going to post chocolate based drink, but . . . 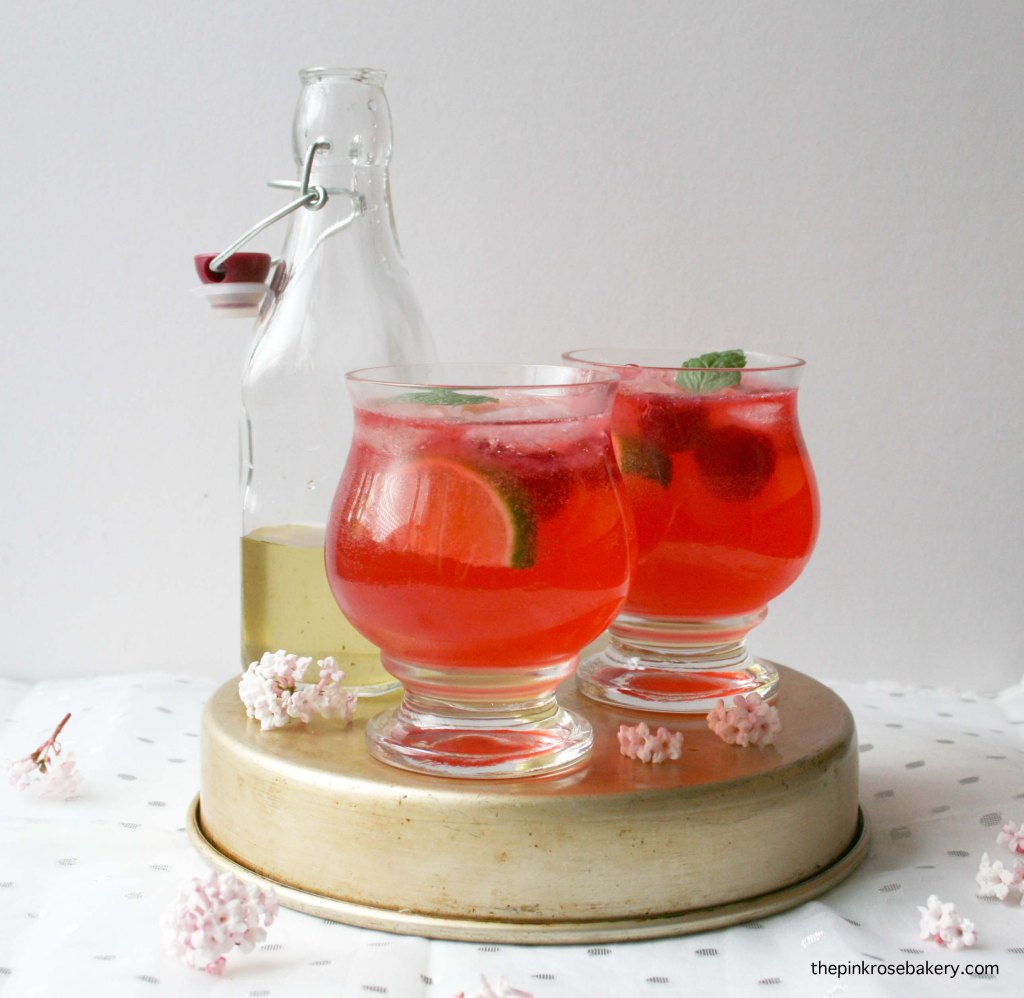 1) I thought maybe we should hold off on the reintroduction of chocolate for one more week.

2) it is probably about time that a little bit of alcohol made a reappearance around these parts. It has been dry for a few weeks now. 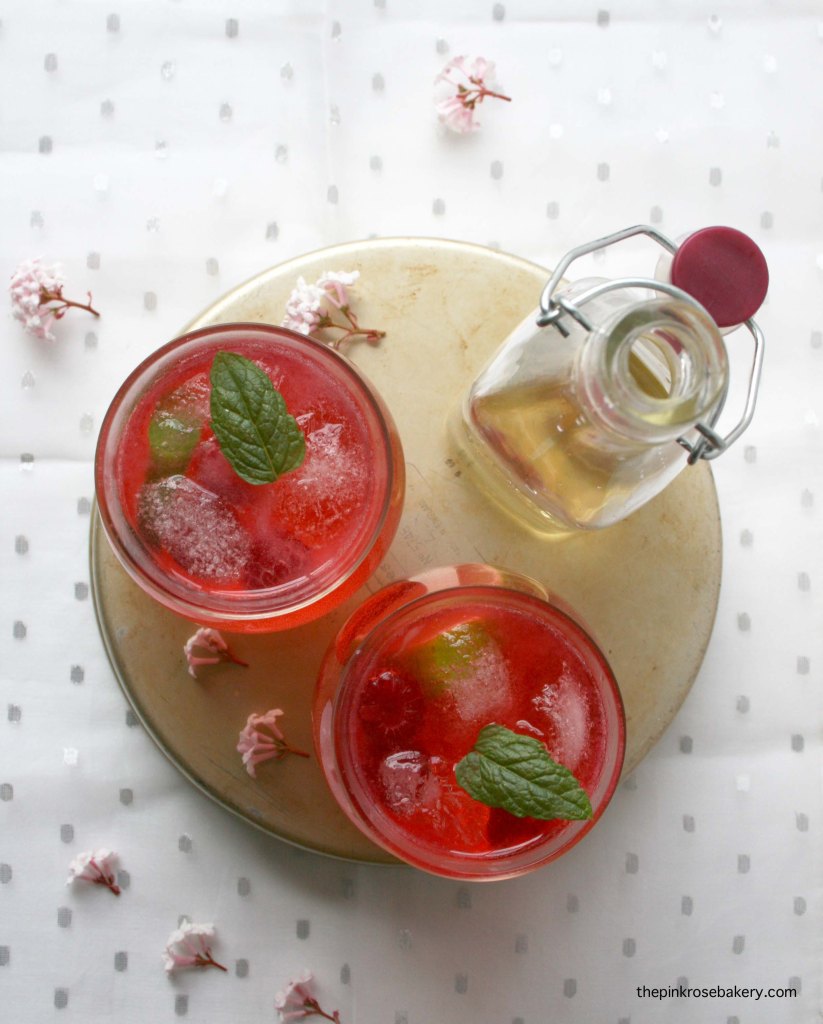 I had visions of this being a delicate pale pink drink, but it would appear the raspberries had something else in mind. Maybe I muddled them too much. Or maybe it is just the way raspberries are. Either way, it is quite a vivid drink, but delicious nonetheless.

The cocktail itself requires a little bit of forward planning because you need to make a mint syrup, but that is easy to do – fresh mint, sugar and water, boiled and allowed to infuse for a while and then strained. Nothing to compli-micated. But worth the extra effort as it gives a lovely flavour.

And the quantity given below makes more than you need for two drinks, so plenty left over for next time. Depending on the size of your glass, of course!

Any remaining mint syrup can be stored in an air-tight container in the fridge for a couple of weeks.