It’s December!! How did that happen? 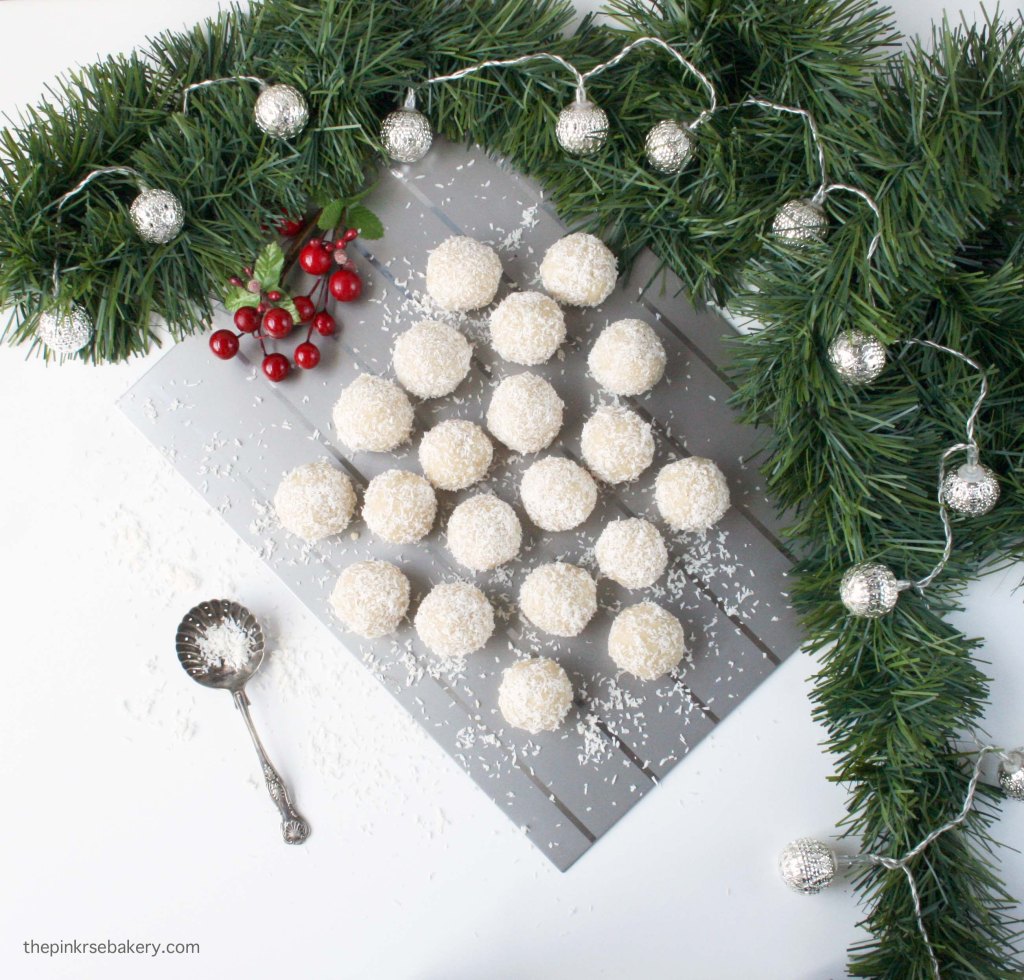 Seriously, how did it happen? Christmas was months away and now it is only days. Days . . .

This happens every year though, doesn’t it? We get lulled into a false sense of security and then wham, Christmas.

So let’s just deal with it, as we have no other option, and gently get into the swing of things with a recipe that it not necessarily Christmas themed, as such.

Because it looks as if we will, once again, not have any real snow (boo-hiss) this year, I will have to content myself with edible stuff. Although you could drop the word ‘snowballs’ from the title of this recipe and replace it with ‘truffles’ and all of a sudden things aren’t so Christmassy, but where is the fun in that?

These little morsels are easy to make and don’t have that many ingredients either. I was going to suggest that even the kids could make them, but then realised that there is alcohol in them (albeit a tiny amount) so . . . up to you! 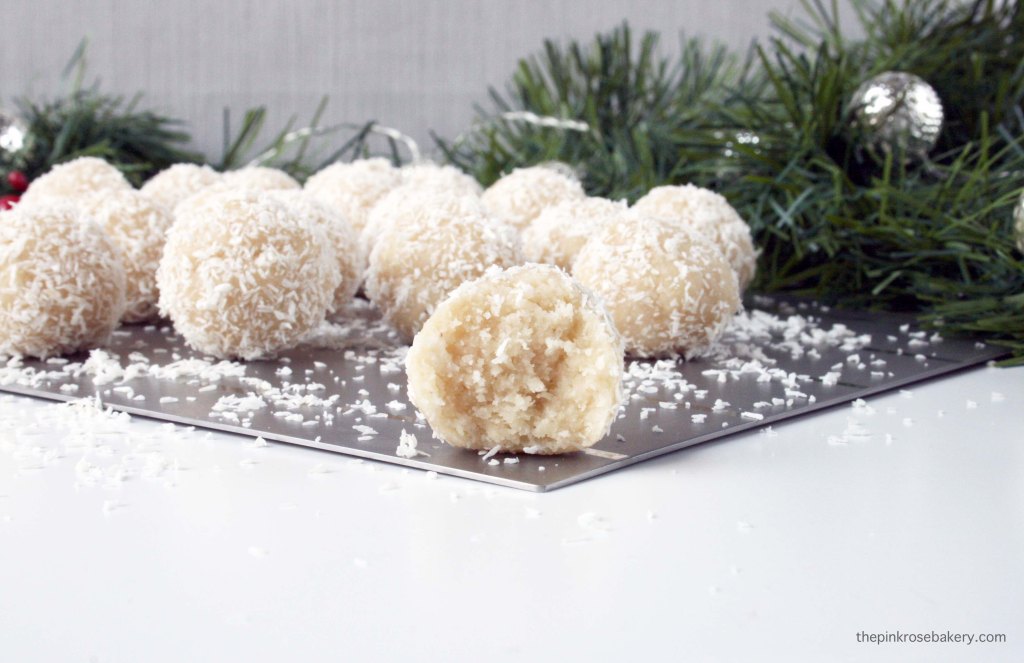 What they would be good for though is after dinner nibbles, between meals nibbles, or to accompany a tipple or two, or four.