Until today I would never have said that one food alone summed up the gloriousness that is Autumn. Never.

There is so much to chose from – pumpkins, squashes, spices, apples, pears, plums, to name but a few.

But then . . . then I made these baked apples. And tasted them. And now I know that there is one food alone that can sum up the gloriousness that is Autumn.

I guess saying one food is stretching things a little, because there are a few different ingredients involved, so it is not one food in the truest sense of the phrase. It is one dish, that would be a better way of putting it.

The apples came from the tree in the garden. We have a large cardboard box full of them in the garage. We had to pick them all in order to save them from the woodlice that were slowly but surely eating them and setting up camp in them. I know, I would never have assumed that woodlice like apples either. I mean they are called woodlice for goodness sake! But I guess, a tree is wood . . . but not apples, apples are not wood. The lice need to learn to differentiate between the two. 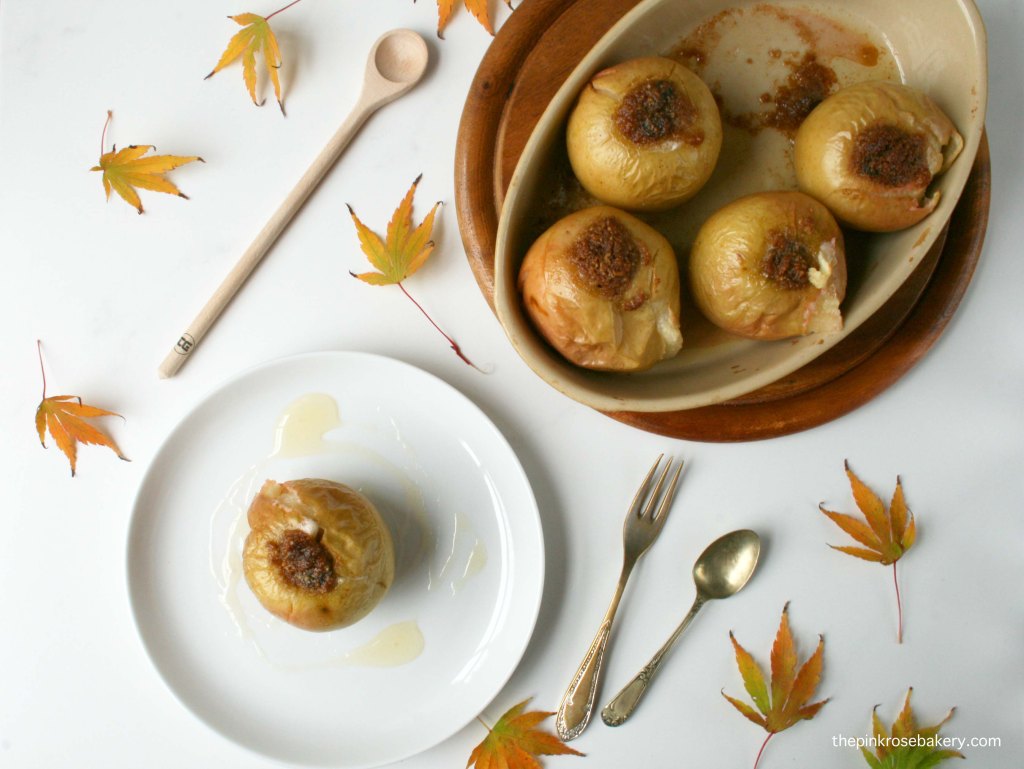 In order not to waste the apples they need to be eaten in some form or another in a relatively quick fashion.

I have always been a bit “meh” about baked apples. They have never set my heart on fire but they were “okay”. However, these baked apples are a game changer and it is all because of the stuffing.

A mixture of butter, ground almonds, cinnamon, ground cloves, dates, raisins, vanilla and a sneaky drop of Honey Jack Daniels makes a stuffing that is almost reminiscent of sticky toffee pudding. Stuffed inside a soft squidgy warm apple. Anointed with a generous pouring of cream (or if you wanted to be really naughty, the butterscotch sauce from this recipe would be amazing poured over the top along with the cream). 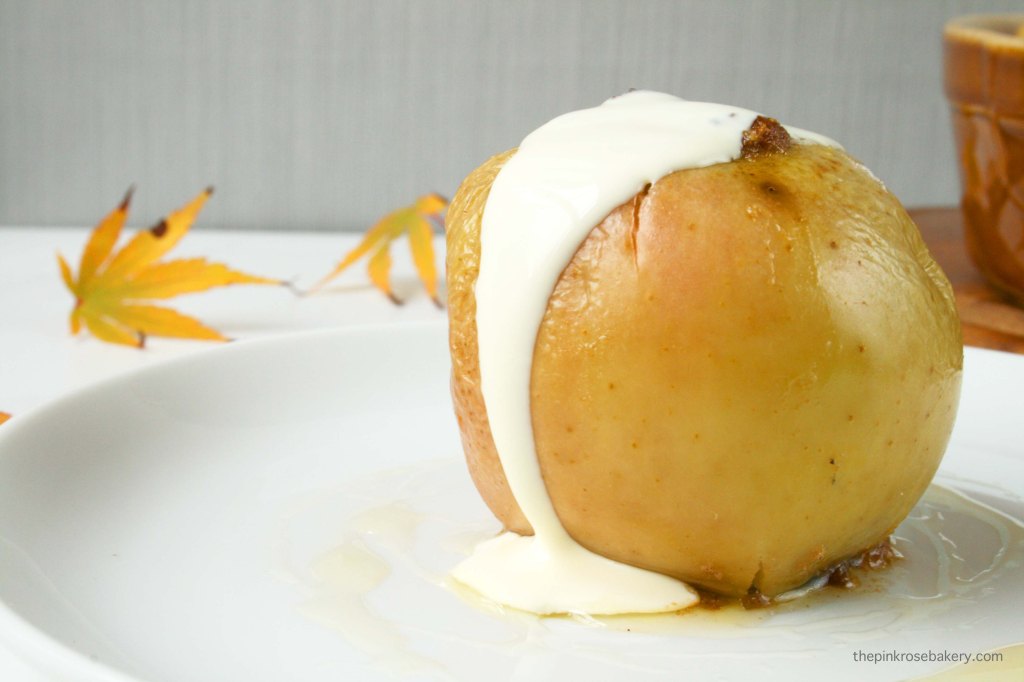 Sticky toffee pudding inside an apple. Autumn on a plate.

Note – any left over apples can be stored in the fridge for a couple of days and re-heated as and when required.