I have discovered a secret.

I know what shoots out of Spiderman’s wrists to help him swing from building to building. It is not silky web stuff, as previously thought. 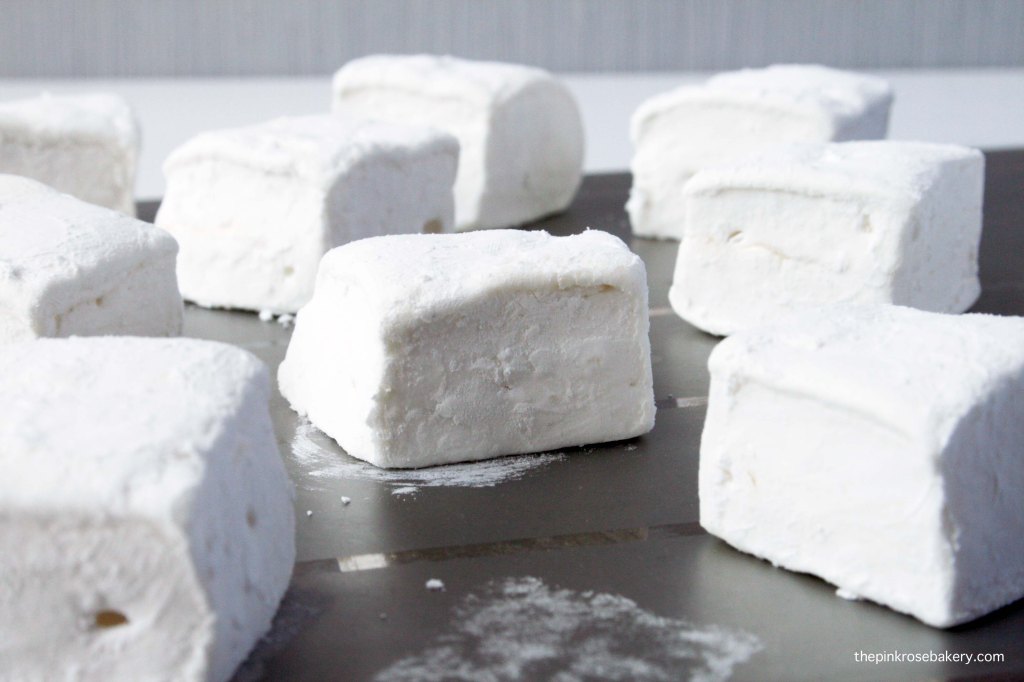 If you are not a fan of the shop bought marshmallow then making your own will convert you – they are so much silkier, and don’t have any of the nasty preservatives etc. But boy is the mixture sticky, and stringy. Sticky, sticky, stringy goop, there is no other way of describing it. It is fun to wrestle with though!

And once you have wrestled as much of it out of the mixing bowl as possible you must, must pour boiling water into it, otherwise you will be chiselling it off for days. Or you may relent and just buy a new mixer bowl.

At this time of year there are a lot of s’more recipes floating around and in previous years they have tormented me. I can remember being at Brownies when I was younger and making s’mores – toasting the marshmallow on a candle before sandwiching it between two digestive biscuits or sometimes two rich tea biscuits, squishing the biscuits down so that the gooey melted marshmallow squidged delightfully! I don’t recall there being any chocolate involved though, but it is a very welcome addition. 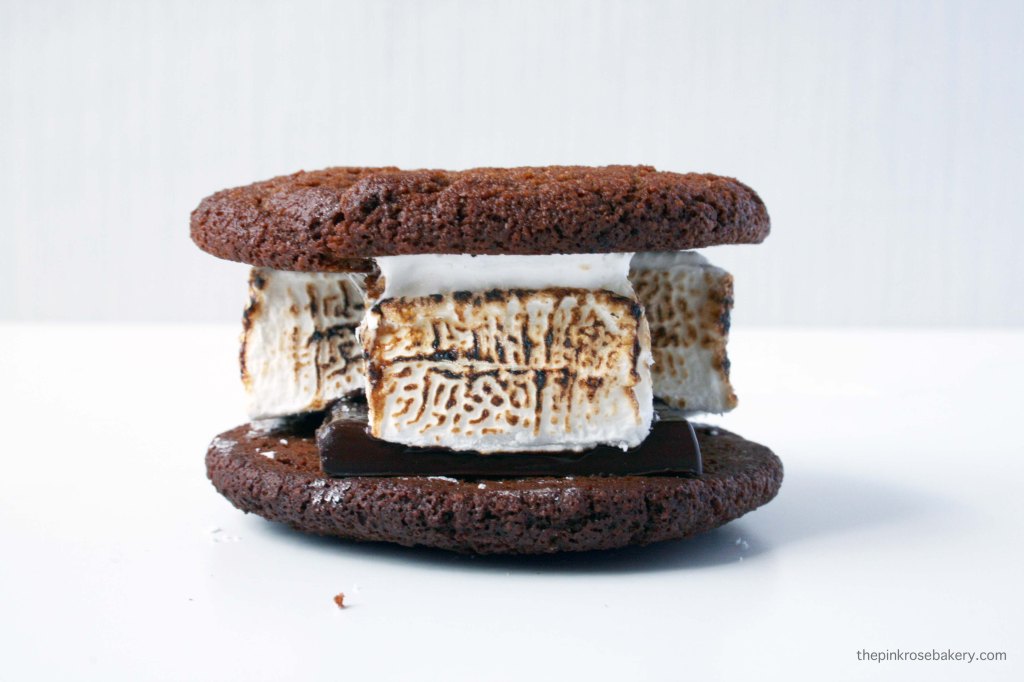 I have often thought that these biscuits would make a good base for a s’more, but up until now I have resisted. This year I relented and used ginger nuts as the biscuit and made my own marshmallows – so, so good.

The spice in the biscuit complements the sweetness of the marshmallow, the chocolate softens slightly but still retains a good snap. Although . . . I used a culinary blow torch to toast my marshmallow and whilst it did melt them a little, it was no where near as gooey as it could have been. I would suggest skewering them on a wooden skewer and holding them over a gas hob (or a candle, or a bonfire) to get them nice and toasty on the outside and soft and squidgy in the middle. Just be careful not to set fire to them!

The added benefit to toasting them this way would mean that the chocolate would melt a little more, which I think would be all the more pleasing. 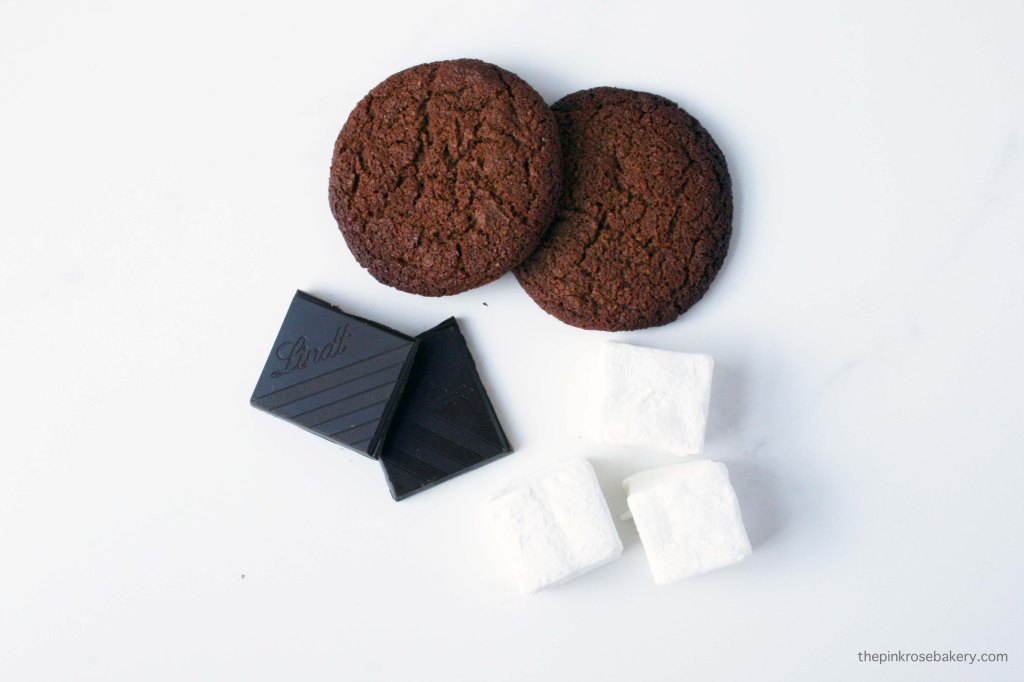 Whatever way you decide to toast your marshmallow, you won’t be disappointed. Just eat them over a plate . . .