Wimbledon has started, marking the beginning of, quite possibly, my favourite two weeks of the summer.

However there is also a little tinge of sadness, because once Wimbledon is over, there will be no more tennis for quite a while. We’ve had the French Open, Queen’s and Eastbourne and now it is the turn of that leafy part of south-west London.

In case you are labouring under the impression that I play tennis, I do not. In fact, it has been stated in jest on a number of occasions, that should I decide to play tennis, I probably wouldn’t be able to hit the ball over the net. I often day-dream about hiring one of the courts in the large public park and dragging some poor unsuspecting soul to play with me. But all under the stipulation that we use the line of the service box as the base line. Because I suspect that is the only way I will be able to get the ball to the other side. I don’t want to embarrass myself. Much.

But one of the bonuses of the tennis is that there will (hopefully) be less focus on that football tournament that is currently going on. I can not stand football. The World Cup has been shoved in our faces in a manner that implies that everybody loves football.

News flash – some of us don’t give two hoots about football. Some of us would rather gouge our eyes out with a rusty fork than watch football.

Wimbledon is much more subtle in its build-up.

My inept tennis skills and football loathing tendencies aside, it is impossible to watch Wimbledon without seeing members of the crowd, or people generally milling around the complex, drinking Pimm’s or munching on strawberries and cream. My dad and I like to play ‘spot the sleeping spectator’. If you look carefully as the camera pans the crowd, the chances are that you will see a gentleman with his head lolling to one side, bucket of Pimm’s at a precarious angle in his hand, possibly his hat will have slipped a little down his head (only once have I seen a man with his hat over his face, like he is having a snooze in the garden at home), skin turning a dangerous shade of lobster and there will be a lady sat next to him with a very disgruntled look on her face (the ‘we-didn’t-pay-all-this-money-for-centre-court-tickets-for-you-to-fall-asleep!’ look), who more than likely is his wife. I bet that is an awkward car journey home.

All of which has been a very long-winded way of saying that in honour of Wimbledon, this week is strawberry week at the bakery.

And what better way to kick things off than with something else that is quintessentially British – the Victoria Sponge. 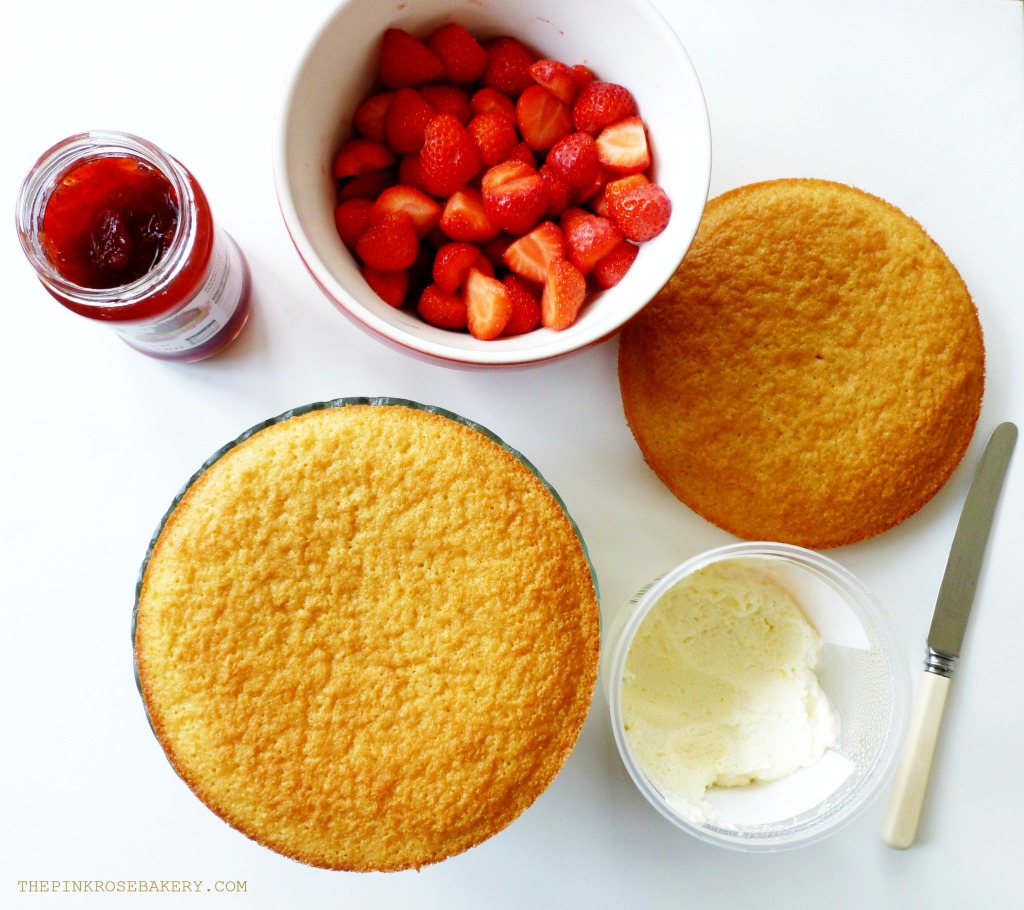 I’ve thrown the WI cookbook out the window and filled the cake with jam, strawberries and cream. If you are a member of the WI and are currently tutting in mild disapproval at my blatant rule breaking, I’m sorry.

Because strawberries and cream takes this plain sponge to the next level.

The sponge itself is incredibly versatile. Flavoured with vanilla, it is asking to be filled with whatever fruity filling you desire. Stick to traditional jam, or add in some buttercream. It would also be delicious with peaches, raspberries and cream.

I discovered that by melting the butter, it somehow activates the rice flour, meaning that no xanthan gum is required. And throw your arms in the air and do your happy dance now, the list of ingredients in incredibly small. No more than you would need for a wheat-based sponge cake. So you can whip this up in a jiffy and be sat eating it whilst you watch the tennis before you know it. 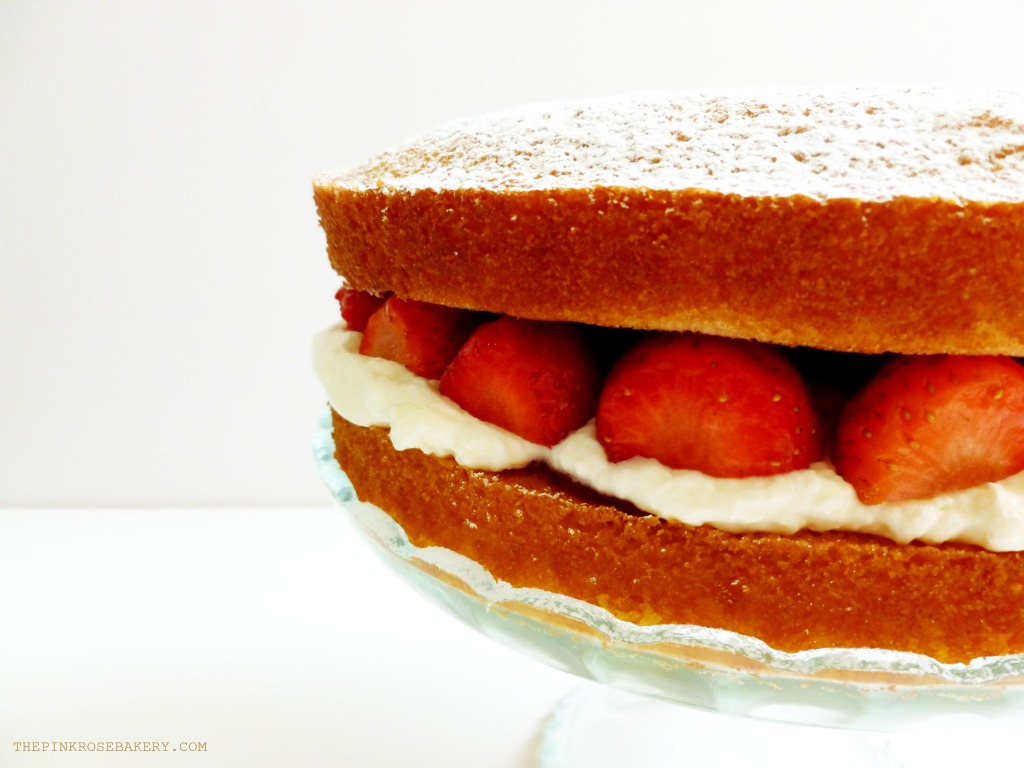 Oh, and just to really stomp on the WI cookbook, I dusted this with icing sugar instead of caster sugar.

I’m such a rebel.