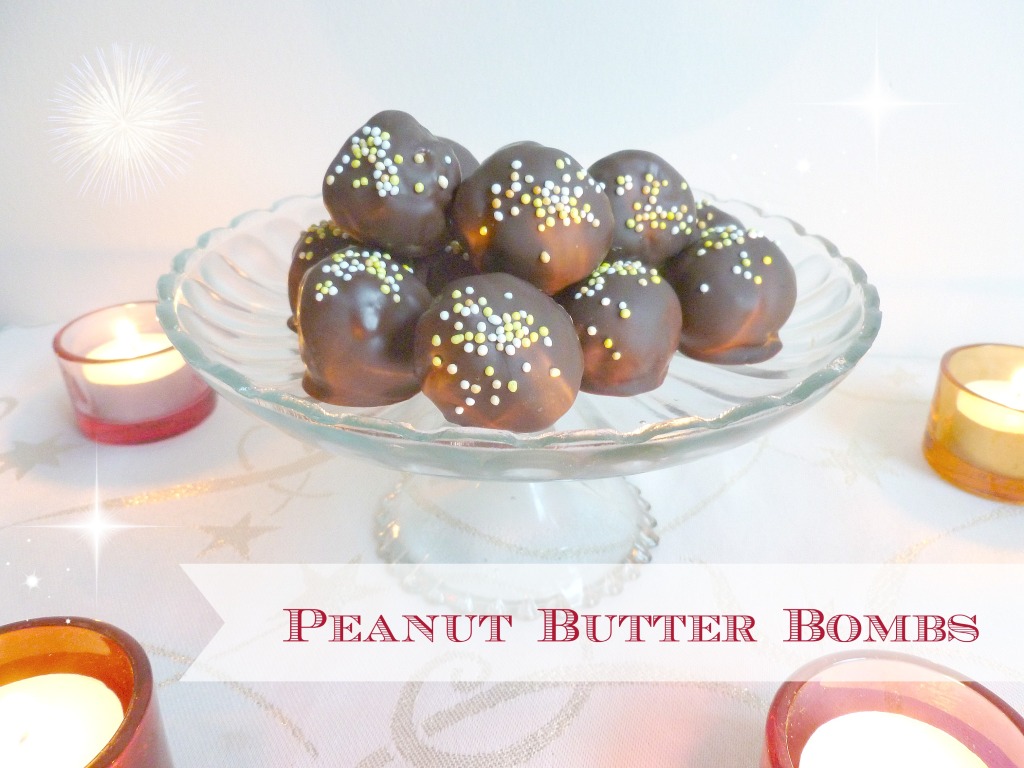 I had sprinkle woes over the weekend. It is Bonfire Night tomorrow and I really wanted to cover these little morsels in brightly coloured sprinkles that were just like exploding fireworks. Sadly all the sprinkles I could find were disappointingly pale in colour. I wanted bright, not pastel shades.

I eventually had to compromise with these yellow ones that I found in Sainsbury’s, which do at least look a little like fireworks. Or stars. If you squint at them.

Anyway, what you really need to know about these peanut butter bombs is that they are easy-peasy and require absolutely no baking or cooking. Just a little mixing and rolling and dunking / submerging. They would be a great rainy afternoon activity for little hands should you have some that need to be kept busy.

Alternatively why not make a batch and hand them out tomorrow night while you watch the fireworks. Or the telly. 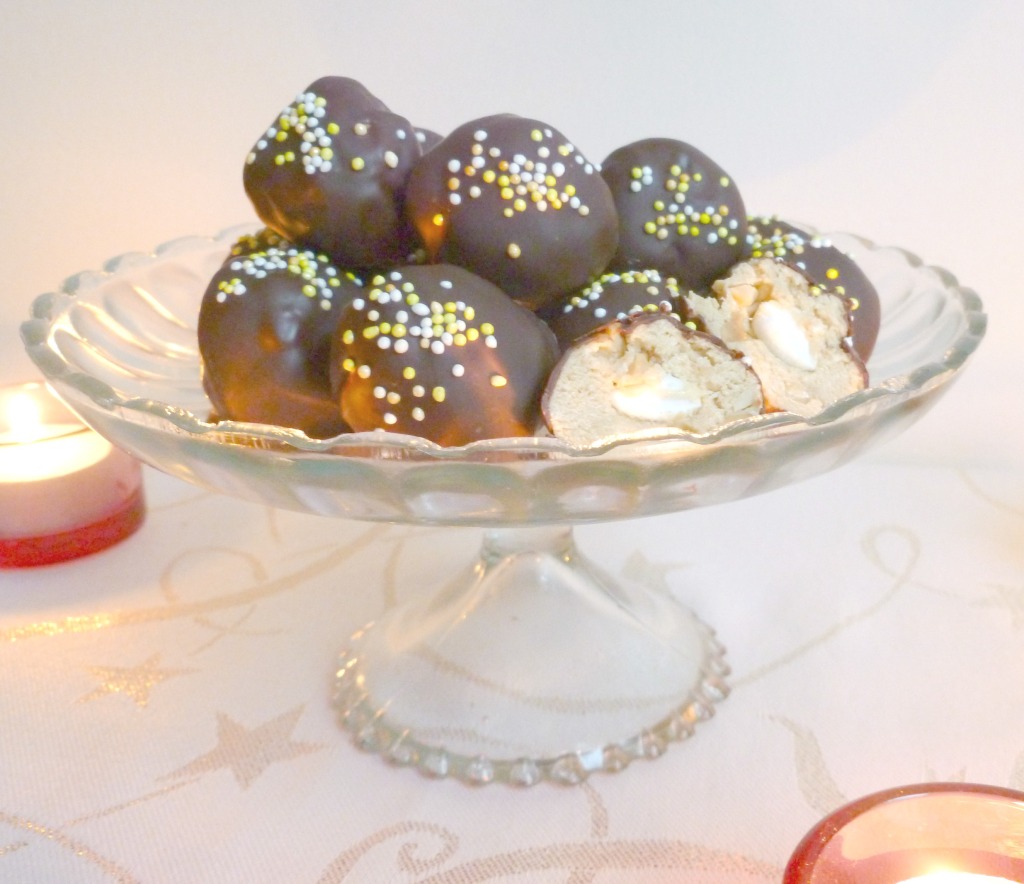 If you want to make them a little more sophisticated (although personally I don’t think anything containing peanut butter as a main ingredient can be classed as sophisticated) you could sprinkle a little sea salt on the top instead.